Orihuela Costa is a district of the municipality of Orihuela located in the province of Alicante. It is characterized by being one of the main places of second residence on the entire Costa Blanca, it is a district that is almost entirely made up of macro-urbanizations in which, above all, people from central and northern Europe settle. 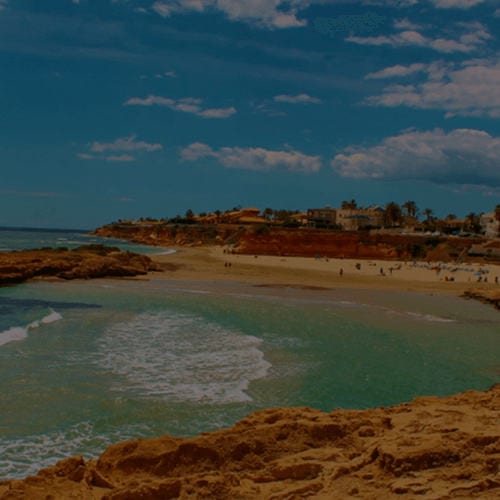 The coastline has 16 km with 11 coves and beaches of fine golden sand. The privileged geographical location and its excellent climatic conditions make it possible to enjoy its beaches and practice water sports throughout the year. The beaches are recognized and accredited by the official certifications of the organizations and institutions that monitor and control the quality criteria. The Blue Flags, “Q” Certifications of Tourism Quality, distinctions from the SICTED, The awards obtained position Orihuela as a quality tourist destination, with the highest number of distinctions per kilometer of coastline in all of Spain.

How to get to Orihuela Costa?

For travel within the district, it is best to use a vehicle, although there is a public transport network. The area is located near the Alicante airport where the best transport option is surely a taxi.